I have read many novels from the Native American point of view.  All that I have read, I have enjoyed.  This one stands out because of Tecumseh.  Tecumseh was a brilliant Native American leader with strong qualities of honesty and loyalty.  He earned the respect of his people and the white men who continued to advance and invade Native American territory.  Betrayed time and again by the US, his fighting was ultimately futile.  This book eloquently tells Tecumseh’s story and his attempt to unite the many tribes to stand against the tide of white men.  If he had been successful, what a different course our past, present, and future would be.  Alder is the author of one of my favorite books about England’s history, The King’s Shadow, listed under World – Medieval.

There are many stories written about families making the decision to leave civilization and make a new start in unsettled lands.  I read this series a few years ago and it stood out for many reasons, Mem being the best.  Mem is the main character.  She is only eleven when her family travels by covered wagon to the wilderness of New York.  Through the challenges in all three books, Mem finds the strength to keep her family together.I’m fairly certain it is in the first book that the family gets very excited about a dinner of turtle.  That one tidbit sure stands out in my mind about the book.  Frozen Summer is especially good.  Her father’s new crop is destroyed by an early frost.  Her mother disappears in the frozen winter with her baby sister, so Mem sets out to rescue them both.  The books are very well researched and fluidly written.

I have read most ofWisler’s books focusing on Texas history.  Piper’s Ferry explains the Texas Revolution in a way that textbooks do not.  I finally understood the debacle at the Alamo.  I believe the book is out of print now.  It needs to come back into print.  Excellent.

Jimmy is expected to work in his father’s store, but he is not the indoor type.  Two Shoshone boys showed up and the played a bit, next day they came back with a horse and told Jimmy if they came with them, he could have the horse.  Two days later, Jimmy is in the Shoshone camp and learns they expect him to become one of the tribe.  Great insight into the Shoshone tribe life.  Jimmy eventually has to decide between the white man’s world and the Shoshone.  The second book is Jimmy Spoon and the Pony Express.  So that lets you know what Jimmy decided.  Wonderful book about the beginning of the Pony Express.  The story is based on the life of Elijah Nicholas (Nick) Wilson.

This book could be performed as a play or read aloud quite readily in class.  The story is told in each character’s voice and written like a play.  It is concise and powerful.  From CIP:  Presents an historical fiction written in first-person format that follows Emma, the slave of Pierce Butler, through a series of events in her life as her master hosts the largest slave auction in American history in Savannah, Georgia in 1859 in order to pay off his mounting gambling debts.

For years and years this novel was used as required reading.  I hope everyone that had to read it did not dread it.  If so, go back and read it again, for your own benefit.  The author based the main character, Jethro on her grandfather.  Growing up on a family farm in Illinois, the Civil War breaks out.  Jethro is the youngest and stays home to tend the farm.  One brother joins the Confederate Army, other family members join the Union.  The story follows Jethro and the war for five years.  The novel deserves the many awards and accolades. 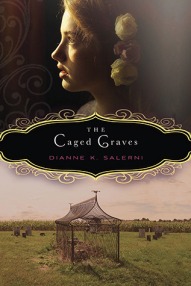 Set in a small community in Pennsylvania following the Civil War, Verity Boone, returns to her birthplace to be reunited with her father and meet her intended husband.  Her mother died when she was a toddler, so she was sent away to be raised by her extended family.  Her first day back, she discovers her mother and aunt were buried outside the cemetery with cages placed around their graves.  She sets her determined mind on discovering the secrets in the community, buried treasure and unexplained deaths.  Equal parts historical fiction with a glimpse into the rural 1860s, and equal parts mystery, this book is successful on many levels.  There is a bit of a love triangle to satisfy teen girl interest but not enough to deter boys from reading.  The focus here is the mystery told through rich, well drawn characters.  Highly recommend.

I did not read these books until I was an adult.  How did I miss them when I was in school?  They are worth reading at any age.  My husband always read aloud to our daughters at bedtime, from Roald Dahl to Laura Ingalls Wilder.  He enjoyed these books as much as the girls did.  When Jack (dog) is missing following a dangerous river crossing, my husband really took it to heart and had to keep reading long after the girls were asleep to see if Jack is okay.  During the hot summer is the best time to read The Long Winter when the Ingalls almost froze to death.  I went on to read the books that take place after her marriage.  I recommend reading a biography or two of Laura Ingalls Wilder.  The one I read is by William Anderson, Laura Ingalls Wilder: A Biography (1992).

Written in prose, the book flows quickly.  The story does more than just document the terrible Johnstown Flood but illustrates the high society of that time period.  Hmmm – maybe things do not change as much as we think they do.  A dam was first built in the 1830s for the river-fed canal system.  The years go by and it falls into disrepair when the railroad puts the canal system out of business.   A private country club bought the land and made poor repairs to the dam. That is the background.  The story is told in the two voices of Celeste and Peter.  Celeste is the privileged teen summering at the club with her sister and parents.  She meets and falls in love with Peter who works at the club.  Her father forbids the relationship.  The following year, torrential rain causes the dam to fail, flooding the town in the valley below.  The prose format of this book yields a quick yet impactful read.

I enjoy the author’s many novels.  He excels in storytelling.  His books make excellent read-alouds.  This book is a favorite of mine because I read it shortly before I visited Chicago and saw many of the landmarks that Peck describes.  From CIP:  In 1893, thirteen-year-old Rosie and members of her family travel from their Illinois farm to Chicago to visit Aunt Euterpe and attend the World’s Columbian Exposition which, along with an encounter with Buffalo Bill and Lillian Russell, turns out to be a life-changing experience for everyone

This book is unlike any historical fiction books that I have read.  The main character is not based on anyone famous, but tells the story of a young African-American boy and the brave African-American crew that saved the lives of drowning sailors.  This is a part of history that I knew nothing about.  Young Nathan moves to Pea Island off the coast of North Carolina where his father and grandfather are fishermen.  They often help out the “surfmen” at the Pea Island Life-Saving station charged with saving the lives of crews on boats sinking in rough waters.    Nathan wants to learn how to be a surfman against the wishes of his father.  The job is quite dangerous.  The story opens with a ship in disaster and the crew races into action.  Overall, an enjoyable and engaging read. 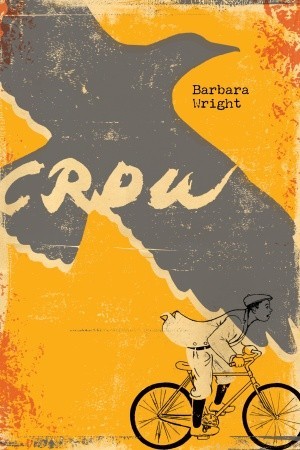 Extremely well written told in narrative voice.  What happens after the Emancipation Proclamation?  This describes tensions in a North Carolina town and the events that lead up to the Wilmington Massacre of 1898.   From CIP:  In 1898, Moses Thomas’s summer vacation does not go exactly as planned as he contends with family problems and the ever-changing alliances among his friends at the same time as he is exposed to the escalating tension between the African American and white communities of Wilmington, North Carolina.

On our school reading list last year, I was delightfully surprised at the many students that enjoyed this book.  The setting is central Texas in 1899.  The reader gets a glimpse of life at the turn of that century.  Tomboy Callie Vee is not interested in being a proper lady.  She wants to run free and study nature.  She has a quiet retired grandfather who is a nature enthusiast and has studied the works of Charles Darwin.    Together, they discover a new variety of plant.  The characters are well written and the story moves along.  There are no slow spots in the story.  I especially liked the book because my grandparents lived in Lockhart, Caldwell County seat, where Callie Vee and her grandfather go when they need a photo of their discovery.  The town square is still there as is the library as it looked back in Callie Vee’s time.  It’s a must read for Texans and an engaging story for everyone.