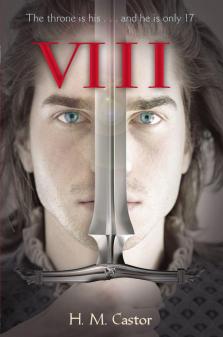 This account of Henry VIII’s life from youth through the last of his six marriages is well researched – and G rated! It allows a glimpse into how an English king is molded from such a very early age. I especially liked the scene when Henry’s father drives the point home that while his elder brother lives, Henry could be seen as a threat to his brother’s crown. By telling the story in Henry’s voice, the author conveys the thinking, the mind, behind the king’s decisions and the god complex that plagued so many monarchs. More time is spent with Henry’s youth and first two marriages. The other wives are rushed through as necessary in just one young adult book devoted to Henry VIII. This book was originally published in Britain, where I would assume teens have a richer knowledge of the tumultuous political history of Great Britain than American teens. The only tweak I would suggest is to provide a prologue that would condense the rich background for the American teen reader. I would recommend the reader at the very least, read a few quick entries about Elizabeth of York, Henry VII and The War of the Roses to understand how the Tudors gained the crown. The beginning chapters are rather slow but as Henry ages and becomes king, events pick up. Best for readers who enjoy reading about political maneuvering and the history of the British monarchy.  Trailer