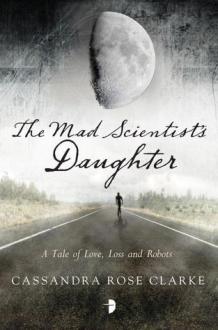 When Finn first arrived, five-year-old Cat knew he was different. She suspected that he was a ghost and was afraid of him. But he was kind and gentle, never got angry with her, so she decided he was the sort of ghost it might be handy to have around. He was here to help her father with his science stuff in the basement, but soon her parents decided that Finn would be an excellent tutor for Cat. That was just fine with Cat, because he told wonderful stories.

This is not your usual robot story. It is a love story, a story of the growing attraction and love between two who should not be in love at all. Finn is an experimental android, one of a kind, who looks and acts human. Cat is a bit of a spoiled brat who has been raised by her scientist parents to think outside the box. The story moves slowly at times and I still can’t decide whether I liked the book or not, but it gave me a lot to think about.

This entry was posted in adult, science fiction, Uncategorized. Bookmark the permalink.