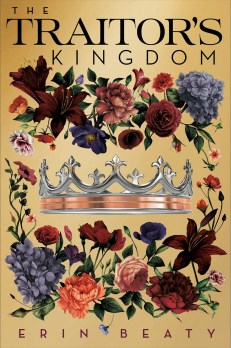 From the publisher: “The fate of Sage Fowler and her fiancé Captain Alex Quinn is decided in the epic conclusion of the Traitor’s Trilogy.  Once a spy and counselor to the throne, Sage Fowler has secured victory for her kingdom at a terrible cost. Now an ambassador representing Demora, Sage faces her greatest challenge to avoid a war with a rival nation.  After an assassination attempt destroys the possibility of peace, Sage and her fiancé, Major Alex Quinn, make a dangerous gamble to reveal the culprit. But the stakes are higher than ever, and in the game of traitors, betrayal is the only certainty. Unlikely alliances are forged and loyalties are stretched to the breaking point in the stunning conclusion to the Traitor’s Trilogy.”

After catching up on the characters and conflicts inside and outside Demora, the plot moved at a swift pace.  Plenty of action, plotting, and assassinations, nicely topped off with a bit of romance.  Not overly done, but Alex and Sage have been through a rather lot, so good for them.  Sage does a lot of introspection regarding her relationships with bestie, Clare and Alex.  Demora and Kimisara have been at war for so many generations, that they became friendly with each other and amenable to peace talks rather quickly, bordered on implausible.  That might lead readers to thinking that Kimisara was not genuine in wanting peace.  This final book in the trilogy wraps up the story and provides a satisfying conclusion for the reader.