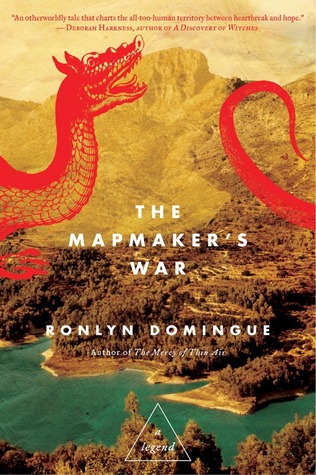 Aoife was a wild child.  At least that’s what the nursemaid said.  Her mother tried to tame her, make her into a child of her image.  Her father loved her just as she was. He was the King’s most trusted adviser, and so it came to pass that her compulsion to make maps led to an apprenticeship with the King’s mapmaker.   Aoife studied hard, learned to use the instruments, and when the mapmaker returned to his homeland she became the King’s mapmaker.  While charting the northern borders of the kingdom, she accidentally discovers strange, quiet, gentle people beyond the border.  She dutifully reports her find to the King.  This leads to a chain of events that has Aoife fleeing for her life and finding sanctuary with these wise ones.

This story is told in a beautiful voice, the voice of Aoife, the old woman Aoife, speaking to herself, reminding herself of who she is and who she has been.   She begins “This will be the map of your heart old woman.”  I was captured from the beginning and couldn’t put the book down.

This entry was posted in adult, fantasy and tagged legend. Bookmark the permalink.
Loading Comments...