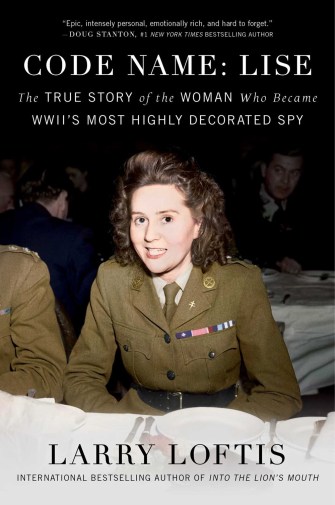 Odette was born and raised in France. Her father died a hero in the First World War, and every Sunday afternoon she and her brother placed flowers on his grave. Her Grandfather told the children that in twenty or twenty-five years there was going to be another war and it will be your duty to do as well as your father. Fast forward to 1942. Odette is now living in England, married to an Englishman, mother of three daughters.  She feels she must do something to help the war effort, to help France, and to honor her father’s memory. She reluctantly joined the SOE (Special Operations Executive), organized to conduct espionage in France and help the Resistance.  Odette left her daughters in a convent school and began the process of learning to be a spy. Her new identity, Lise, served under the command of Peter Churchill. This book is not for the faint hearted, for Lise and Peter were captured, and the tortures they endured are described graphically. That they both lived to tell their story is amazing. It is written like a thriller, with most chapters ending in cliff hangers. It is hard to believe that it isn’t fiction, but it has been well researched, using interviews, diaries, memoirs and archived records.  Highly Recommend!